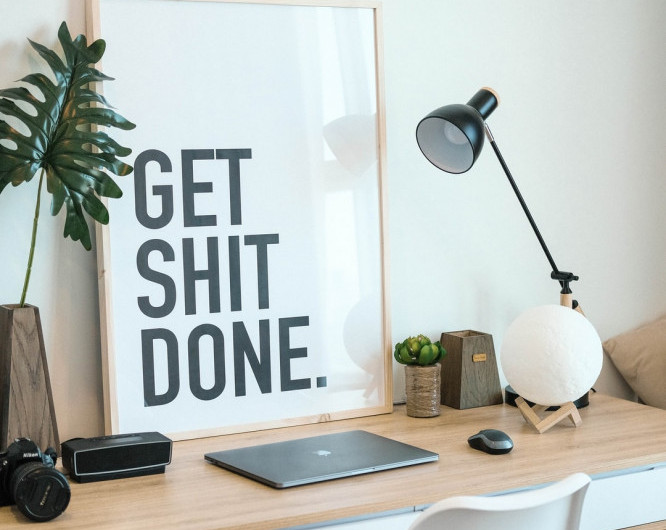 I divide a task into manageable sub tasks even into tasks that can be completed in 2-3 periods of time. It boosts my motivation and it creates a sense of flow.

Here are some ways that I use this technique:

Sometimes, you don’t know for sure what are the steps to accomplish a larger task and how much time it will take to complete each of the steps.

So sometimes you have to learn how much time each step takes to accomplish in practice. Write down on a notebook or on Google Calendar how much time a task took to accomplish, so that you can refer to you notes later when you are trying to complete a similar task.

Also, while you complete you task, take a moment and try to think of better ways to accomplish each step’s goals.

Some tasks have to be performed on an ongoing basis. For those tasks I use Google Calendar. Google Calendar has an option which you can set a task to repeat for example weekly or daily, or monthly or yearly.

I use this option for tasks and their sub tasks so that everything falls into its place with my system of organization.

And of course, if you don’t know what are the steps to complete a task, you can search on how to do it on the internet. You could also read a book on the topic and work until you complete the task.

The Benefits of Breaking Tasks into Subtasks

Breaking a task into its smaller chugs helps you to get feedback on the completion of the task. At the time you should know what works and what doesn’t and make corrections to you path.

Breaking a task into smaller chugs also has a mental clarity effect, As I mentioned earlier into this article, I sometimes break task into chugs as small as 2-3 minutes. This helps me a lot to focus on the now and it even has a meditation effect.

It helps you enter the state of flow as it fulfills some characteristics of the flow state. One of them being: each small section of time has its own objectives.

The kind of productivity you can achieve this way can be unimaginable to other people who don’t use this kind of tactic.

Even for overwhelming big tasks dividing them into smaller chugs helps you handle them better. Even for the abstract ones. Even when you are stuck you should know that the world goes on and other people might be working in the direction of their goals while you have given up just because you are stuck.

And… it is always better to do something than doing nothing, at least make some progress even if it is not a lot.

Timeblocking also helps in the completion of a task. Setting a specific time for completion to each sub task can help a lot to continue working and not get stuck. But also keep you own peace of completing a task. You can compete only with yourself, don’t judge yourself by other people’s standards or the time they need to complete a task because everybody is different.

How to Complete Large Tasks

IIt seems like able to complete large tasks more than other people. Sometimes you can’t divide things equally and do them in order. My recommendation is to divide a task into sub tasks and also dependency because some sub tasks require the completion of other sub tasks before.

You can write it in a chart form. You don’t have to do all the steps in a single day. You see how when you break a big task into more manageable tasks it becomes more manageable.

By ignoring the rest of the task for the moment and focusing only on the task at hand, helps you gain momentum.

How to Break Down Your Goals into Actionable Steps

So a lot of people get discorouaged when they face a complicated task.

They’re like “How do I do it? How do I even start?” There is a simple solution to doing this. The solution is to take that goal and break it into manageable task. Success takes a lot of actions. For example, losing weight is an example of a big goal which requires consistency. You can break down you goals into weekly and daily goals.

You can attack all the different areas of you life in a single week. How do I even begin? We just need to have a strong reason why we’re doing that. So ask yourself: what’s the next thing I can do which will bring me one step closer to my goal. It might not always be the right action and that’s cool. Also, try to use the 80/20 rule.

Many people don’t complete their projects not because they can’t do them but because they don’t know how to break a project into manageable steps. If you write down into you to do list “work on side business”, probably you won’t get much done because it’s a project, it’s not a task. A task is something you can do more or less in one sitting.

When you have a specific task there is a clear objective that you need to achieve.

How to write a good task? How you write you task takes a great importance in the completion of you task. Keep the task short. If a task feels overwhelming you can break into sub tasks. So instead of having one overwhelming task you will have five to seven sub tasks that you can complete.

If you have a really big project like starting a business. You can break it down into sub tasks:

It is definitely must easier to complete a small task that the big project of starting a business.

Focus you attention on the next visible step,

What about yo guys? Do you think it is best to divide a task into smaller more manageable task?